Their Majesties view the various displays at the flower exhibition- this one is by Ugyen Academy- one of the schools participating in the RBFE for the first time this year.

His Majesty with students of Ugyen Academy, in the garden developed by the school for the exhibition. 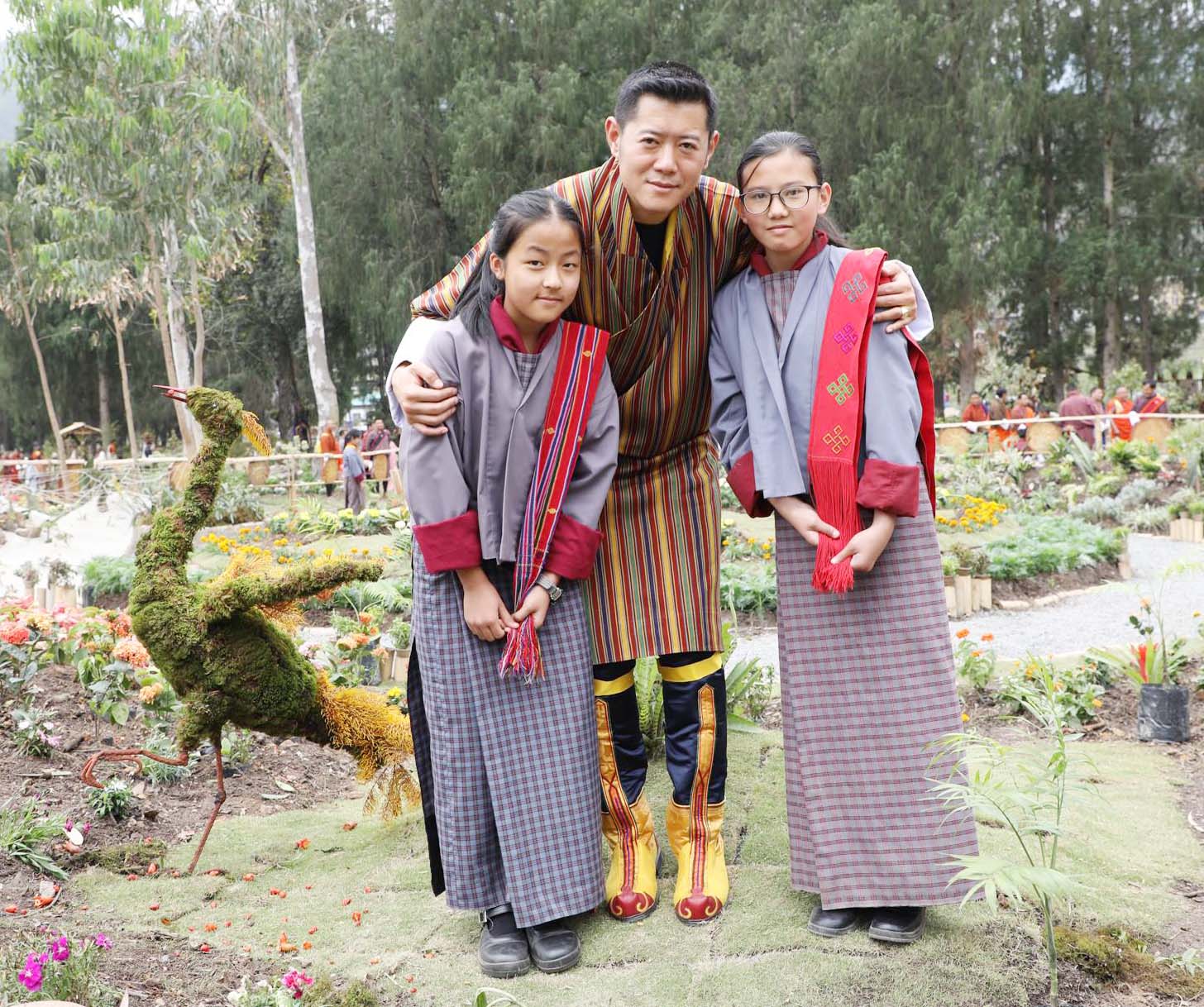 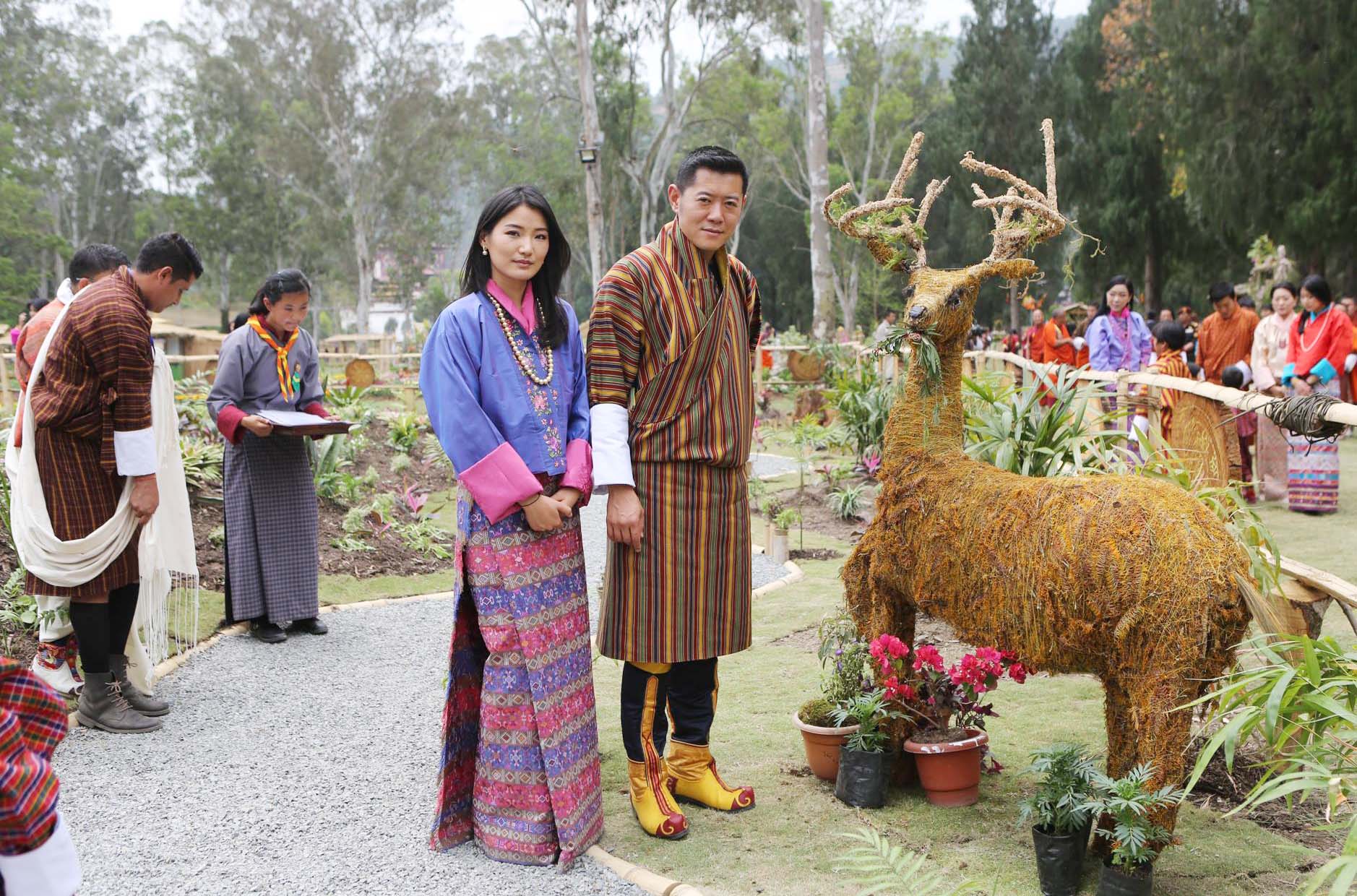 Excited sixty Peer Mediators who got their badges during the morning assembly of
6th April 2018 attended a program during the afternoon. The main speaker was
Dasho who came from National Jigme Singay Wangchuk Legal institute of the
country which was started in year 2012.

School Peer Mediator was started in 2014 and since then the school received
zero complains of students misconduct.
Dasho enlightened the students with his wise words of laws and inspired all the
students. Moreover asked students the reasons for them to join the law club
and the answer given by the students impressed Dasho.
The importance of the law was clearly explained to the students. He said “when
we know the law we will be alert, laws cover every space of the life and language
is the weapon of lawyer”. In addition law are all about perfect reasoning and
law club member are increasing whereby increasing its need.
The scenario ended with delicious dumplings, tea and a group photo with Dasho.